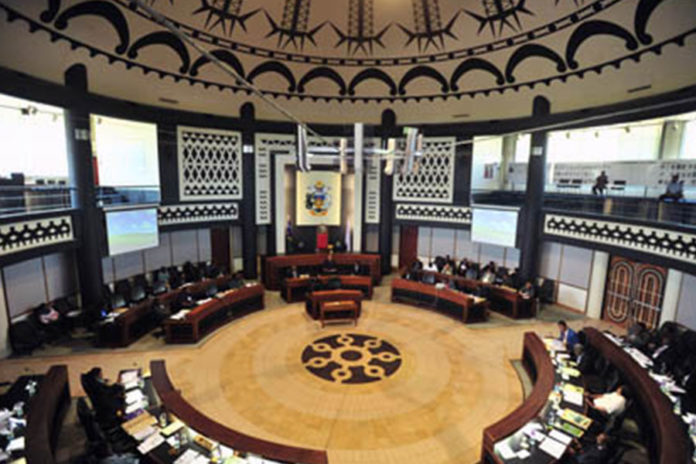 He spoke of the project on Wednesday 7th December 2016 when contributing to the debate on the 2017 Budget. In this budget, the Recurrent Budgetary allocation to the Ministry of Police, National Security and Correctional Services stands at $251,934,738.00. This is a reduction of 4,976,378 from this year’s budget.

Despite the reduction in the level of Recurrent Budget allocation, Minister Sofu said his ministry is blessed to be allocated $22.2 million dollars which it did not bid for and has commenced discussion with the Budget Unit of the Ministry of Finance and Treasury on how best these funds can be better utilised to meet its priorities.

On that note, he went on to highlight a ‘major’ project which saw the construction of staff houses for Correctional Services officers in Auki and renovation of the Rove and Gizo Correctional Centres this year.

Minister Sofu said the appropriated budget from much this project is implement is part of the bilateral agreement between the Ministry of Police, National Security and Correctional Services and the Australian Department of Foreign Affairs and Trade to support the maintenance and construction of Correctional Services’ houses.

As the agreement will end in June 2017 and would require transition of this critical maintenance project into the Solomon Islands Government Budget, the Minister for Police, National Security and Correctional Services hailed a $4.3-million allocation under the 2017 Budget for the maintenance correctional centres and correctional officers throughout Solomon Islands.

However, Minister Sofu said the major hindrance to the completion of these projects was land disputes as a good number of police stations are situated in customary land.